What Would a Phase One Deal with China Encompass?

The so-called phase one of a trade deal with China is expected to contain a provision for $40 billion to $50 billion in purchases of American agricultural products by China, according to an October news release from U.S. Sen. John Hoeven (D-ND) With ongoing discussions surrounding the US-Sino trade talks, there are rumors for such a partial trade deal. But how has the recent past impacted both countries’ economies and a mutual desire for better trade deals?

While not directly related but announced during a similar time frame, a November press release from the United States Trade Representative (USTR) announced Chinese acknowledgment and acceptance of American poultry exports. This stated that China will now accept $1 billion in American poultry and related poultry products, effectively reversing China’s ban.

After a December 2014 avian influenza outbreak, China banned US poultry in January 2015. America exported more than half a billion dollars of poultry to China in 2013, and there has been much interest in restarting exports to China since August 2017. With the USTR citing U.S. poultry exports of $4.3 billion in 2018, this will undoubtedly ensure America maintains its position as the globe’s second biggest poultry exporter.

According to a late October press release from the USTR, there will be a 30-day comment period in November to garner public opinion on continuing tariff exemptions on certain Chinese goods, worth approximately $34 billion. The items currently exempt are set to reverse exclusion on Dec. 28. Additionally, as part of phase one discussions, the United States is expected to not implement tariffs scheduled to take effect on Dec. 15, along with rolling back existing tariffs in stages.

According to BNP Paribas Wealth Management, the trade impasse between the United States and China has had a measurable negative impact on the world’s economy. BNP cited a 1.2 percent point reduction in growth over the past 1.5 years.

However, the phase one deal is expected to include many provisions, such as $40 billion to $50 billion of US farm product exports to China, along with $16 billion to $20 billion of Boeing aircraft for commercial use to China.

Financial institutions outside of China will be able to establish insurance companies in mainland China, financed by ex-China investments, along with being able to hold shares in the newly created entities. Ex-China lending institutions will be able to create wholly owned banks and conduct business in the Yuan or Renminbi (RMB) currency throughout mainland China without explicit approval from Chinese officials.

These developments, according to the Chinese State Council and China Banking and Regulatory Commission and CNBC, are part of the ongoing discussions to determine how China will increase IP protection and the aforementioned agricultural purchases. Announced on Oct. 11, 2019, the China Securities Regulatory Commission will work on lifting limits on ownership ceilings for ex-China entities, specifically in mutual funds, securities and futures operating in China.

BNP also mentions expectations of Dec. 15, 2019, tariffs to not be implemented, along with expectations for existing tariffs to be relaxed or reduced. In addition to giving American farmers increased sales, this will provide China with more soybeans for domestic consumption, including an ability to help increase the number of the country’s pork livestock population through feedstock. If phase one is agreed to, it’s also expected to help the RMB appreciate. Based on recent data, the RMB has appreciated by three percent since September 2019.

One noteworthy item that depends on a phase one deal being certified is the expectation that it will positively impact the global economy. The International Monetary Fund dropped its World Economic Outlook gross domestic product projection from 3.2 percent in July 2019, down to 3.0 percent, based on the current trade tensions.

Since there’s great hope for a phase one deal that will encourage mutual and global economic development, there’s confidence that both countries facing economic hardships will find a short-term resolution.

This entry was posted in Blog, Stock Market News. Bookmark the permalink.

Get a FREE Consultation 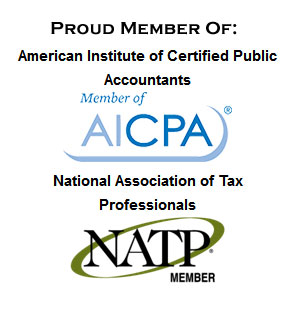 "Reginald can take a complex situation and make it very simple to understand. He is knowledgeable, personable and always displays the ultimate professionalism. (I just wish I knew how he keeps his desk so neat all the time!)" -Joe Bui

"I can't say enough about Singh Accounting. Reg is a life saver. I'm a self employed artist and Reg has helped me keep my financial goals on track for almost 8 years now and I can honestly say, he truly cares about each of his clients. He is THE best." -Ashleigh Sumner